Get On Board! Recognizing, Promoting, and Celebrating the Diversity of our Clients and Colleagues

You'll embark in Whittier, Alaska and disembark in Vancouver, BC. There will be two days of CLE programming while the ship is at sea.

CLE programs will take place on days that we are at sea. 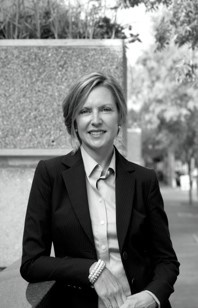 Ms. Regnart spent approximately fifteen years working in the federal government, most of which was with the Department of Homeland Security, U.S. Immigration and Customs Enforcement serving in a variety of roles, including Chief Counsel for the New Orleans Field Office.  Ms. Regnart was stationed at the Oakdale, Louisiana Federal Detention Complex and prosecuted removal cases involving criminal aliens, national security and high profile immigration removals.

Ms. Regnart is a native of, and resides in LeCompte, Louisiana, and holds a Bachelor of Science in Economics from Louisiana College, a Master of Business Administration from the University of Louisiana at Monroe, and a Juris Doctor from Mississippi College School of Law.  She is a member of the Mississippi and Alaska Bar Associations, the Federal Bar Association, and the American Immigration Lawyers Association. 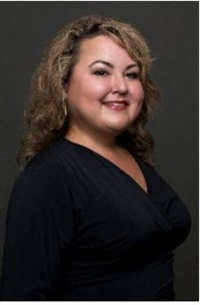 Cheryl McKay focuses her practice on corporate governance, business, and Alaska Native law, with an emphasis on employment, real estate and commercial transactions.

She excels in training boards of directors and management teams, conducting strategic planning and professional development, conflict management and dispute mediation. She represents clients in business entity formations, business and real estate acquisitions, lease negotiations, and complex government contracts, including those in the SBA’s 8(a) Business Development Program.

Her enthusiasm and dedication to learning her clients’ business history, culture and goals has helped Cheryl enjoy long-lasting business relationships.

Cheryl is Alaska Native (Inupiaq Eskimo) and a shareholder in Bering Straits and Unalakleet Native Corporations. She also is proud of her Scottish heritage .

Dana has served in several positions of bar leadership during her career, including being the first woman of color elected as President of The Missouri Bar, in 2016.  Her numerous bar-related awards include three President’s Awards from The Missouri Bar; a President’s Award from the Kansas City Metropolitan Bar Association; the Ronda F. Williams Spirit of Diversity Award; and the Sly James Diversity and Inclusion Award, just to name a few.  She has been recognized as a Missouri Super Lawyer since 2014 and was honored as the 2018 Woman of the Year by Missouri Lawyers Weekly at their Annual Women’s Justice Awards Luncheon.  Dana’s practice is concentrated in Education Law with a focus on charter schools and general liability defense.  She has tried more than twenty bench and jury trials.  Dana received her Bachelor of Arts degree in English, with honors, from Spelman College in Atlanta, Georgia, and her J.D. degree from the University of Missouri at Kansas City.

When not practicing law, Dana and Keith are co-judges on the two-time Emmy-nominated, nationally syndicated daytime television courtroom show “Couples Court with the Cutlers,” which features couples who are having conflicts, complications, or disagreements in their relationships.  The show, distributed by MGM’s Orion Television, is seen daily in over 85% of the United States.

The Cutlers have been married for over 30 years and have three adult sons.

In more than 30 years of practice, Keith has first-chaired over 80 civil trials in addition to arguments before the Courts of Appeals in Missouri and Kansas, the Missouri Supreme Court, and the Eighth Circuit Court of Appeals.  He is also very active in the Bar -- he has served as president or chair of several bar associations and bar committees, is an Adjunct Professor of Trial Advocacy at University of Missouri at Kansas City (UMKC) School of Law, and is a frequent seminar speaker on trial practice, ethics, and professionalism.   His awards include the Lewis W. Clymer Award from the Jackson County Bar Association, the Decade Award from the UMKC School of Law, and the prestigious Lon O. Hocker Memorial Trial Award, given annually to three lawyers across the state of Missouri under the age of 36 who have demonstrated unusual proficiency in the art of trial advocacy.   Keith received his Bachelor of Science degree in Physics from Morehouse College in Atlanta, Georgia, and his J.D. degree from UMKC.

When not practicing law, Dana and Keith are co-judges on the two-time Emmy-nominated, nationally syndicated daytime television courtroom show “Couples Court with the Cutlers,” which features couples who are having conflicts, complications, or disagreements in their relationships.  The show, distributed by MGM’s Orion Television, is seen daily in over 85% of the United States.

The Cutlers have been married for over 30 years and have three adult sons.

Thank you for registering for
Destination CLEs Alaska Cruise!

You are registering for the continuing legal education programs ONLY!

Cruise cabin, airfare, and other travel expenses are not included.

For more information on cabin pricing, please contact Mary DeSpain at 907-231-2111 or Mary@DestinationCLEs.com